The new permanent exhibition tells the story of Estonian art as it evolved through Estonia’s multi-ethnic history, growing into a heritage that blends Estonian, Baltic German and Russian traditions. The focus is on the role of art in society and in shaping the identities of diverse communities.

The themes featured include the connections between Baltic German and Estonian visual culture, the meanings of images in the young Estonian nation state, visions of modern life, the voices of women artists, art in the authoritarian era of the 1930s and during the Second World War, and the emergence of local identity landscapes. It also looks at how the visual construction of identities has been influenced, along with high art, by amateur artists, by design and graphic design and by the development of professional art education.

Project space exhibitions and works by contemporary artists help to open up new perspectives on the history of Estonian art.

Portraits were the most important genre in Baltic German art. An art collection in the Baltic manor house of the 18th and 19th centuries typically amounted to a gallery of family portraits. Owing to these portraits, an array of images of the ruling monarchs and the local German-speaking elite has become lodged in the Estonian cultural memory: portraits of Russian czars and senior officials of the imperial court, Baltic barons and intellectuals, girls of the Biedermeier era, spinsters in bonnets, portraits in domestic interiors and in landscape settings, portraits of families, children and dogs.

The portrait galleries of manor houses and a sense of nostalgia characteristically associated with Baltic German culture inspired this installation by Neeme Külm and Tõnis Saadoja, featuring 52 Baltic German portraits on a vast sail-shaped wall.

This work comments on the predominance of blonde and blue-eyed women in the visual culture of the 1930s. On the one hand, this tradition goes back to the drawings of fair-haired Estonians by 19th-century artists and ethnographers – in the 1930s these images lived on notably in the figure of an Estonian girl in traditional dress. On the other hand, the tastes and preferences of the time were swayed by Hollywood with its platinum blonde actresses, especially Jean Harlow, who often featured in Estonian newspapers. In the late 1930s, also many Estonian women began to bleach their hair. Even today, Estonian women seem to show a marked liking for blonde hair colour.

Fair-haired and blue-eyed girls in traditional dress are portrayed in several of Ants Laikmaa’s pastels of the 1930s. In a way, these pictures bear a resemblance to the style common in the German art of the period, idealising rural lifestyle and racial purity.

The format of the work is inspired by 19th-century anthropological portraits and the „Shirley“ card used in photo labs to calibrate skin tones during the printing process. Until the 1980s, films were calibrated against photos of light-skinned models, so that with darker skin colours, it was difficult to get the tone right.

The work portrays a young woman in profile and in the three-quarter profile. The added features – colour charts used in photography and beauty salons, a Munsell wheel and colour system, hair dyeing instructions – highlight the important role that colour and calibrating systems play in the visual representation of people and, consequently, in shaping identities.

This project space examines the mutual influences of geology and landscape painting.

This project space examines the mutual influences of geology and landscape painting. 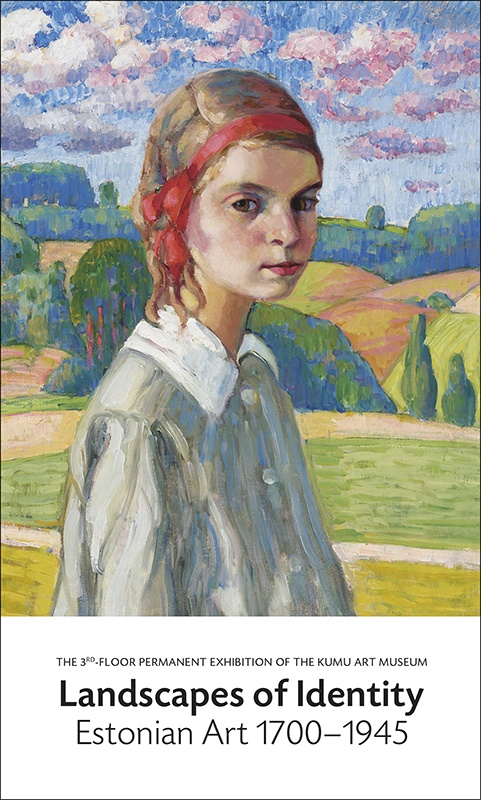